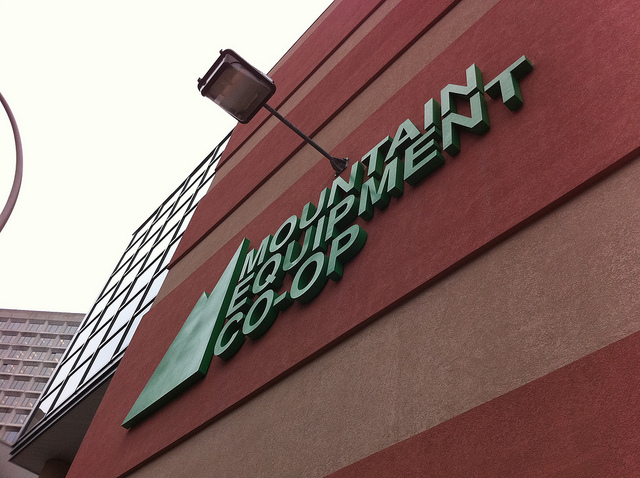 A LOT has changed since 1971, except two fundamental best practices that make Vancouver’s Mountain Equipment Co-op (MEC) among the most sustainably-minded and environmentally friendly apparel companies on the planet.

To retain its long-time members, the specialty retailer of outdoor products worldwide with nearly two-dozen huge retail operations across Canada – never upped the $5 membership rate they started with when \ customers were grooving to Janis Joplin’s “Me and Bobby McGee” on the transistor radio, and laughing along with Flip Wilson and “The Mary Tyler Moore Show” on TV.

Secondly, to be among the pioneers of environmental sustainability since folks were sewing ecology patches on their jeans jackets, MEC always supported environmental causes – and still pays forward a penny on every dollar made to outdoor preservation (the company incidentally is claiming sales of $400 million in 2016, and was trending upwards as 2017 fiscal year was drawing to a close).

To fulfill one of MEC’s primary company missions to preserve and restore wild places actively, consistently, and generously, the company constantly works to divert waste, reduce water use, and lower carbon emissions. To keep waste out of landfills for instance, MEC eliminated unnecessary packaging, limited use of glue, and uses recyclable materials so its members can easily recycle packaging.

According to the company website, since 2010, 95 percent of its MEC-label clothes are rolled and tied with raffia instead of being shipped in plastic polybags. MEC also eliminated single-use shopping bags from stores in 2008 – diverting about 3.4 million out of landfill streams every year.

One year later, MEC stopped producing paper catalogs, saving about 330 tons of paper annually, and its design department recycles scrap fabric swatches and raw material samples to be used for things like furniture padding and insulation.

And check this – twice a year, teams at MEC stores don coveralls and jump in dumpsters to perform waste audits, then clean up and sit down to brainstorm ways to conserve even more.

Since it takes a lot of energy to create raw materials, turn them into products, ship them out, and operate stores, MEC focuses on everything from tracking and reducing carbon emissions at their facilities, to minimizing business travel, employee commuting, and waste disposal.

MEC further reduces its carbon footprint by limiting the use of air freight for overseas shipments, and opting for domestic rail delivery whenever possible. The company also invests in renewable energy certificates for all its facilities supporting local clean energy like wind, low-impact hydro, and landfill gas.

Through its Green Building Systems program, MEC has been “greening” its facilities for more than a decade to create structures that are healthy and inviting for customers as well as MEC staff.

From its roofs to behind-the-scenes heating and cooling systems, MEC is always aiming to maximize efficiency and minimize environmental impact – some stores even generate energy on-site with solar panels.

In 2014, MEC launched an energy and water monitoring dashboard that displays real-time data in stores to help educate and change behavior. In addition:

● Rainwater collected from the roof and stored in an underground cistern provides water for all non-potable uses. ● Composting toilets reduce wastewater and provide fertilizer for rooftop gardens. ● Landscaping uses non-invasive, drought- and salt-tolerant species, and plants that encourage bird and insect populations. ● Store and office countertops are tiled with a composite, stone-like material made from 100% post-consumer waste. ● Reclaimed materials, such as steel beams or timber from log booms, and reused retail fixtures are used wherever possible. ● And purposeful ponds (called bioswales) surround its stores for storm and rainwater management.

Some of the MEC retail stores are also developed in refurbished spaces, like an old auto dealership in Vancouver, and a former heritage hotel in Victoria. Others are built new, which allows the company to incorporate sustainability into its designs.

The positions MEC as a retail leader in green buildings; with the first and second retail stores in Canada – Winnipeg and Ottawa – to comply with a Natural Resources Canada C2000 Green Building Standard that acknowledges buildings achieving a 50% reduction in energy consumption over conventional structures.

And eight of MEC’s buildings are now designed to LEED Gold standards and the company’s Head Office is designed to a LEED platinum model.

Learn more about the company, its mission, and practices at www.mec.ca/en/