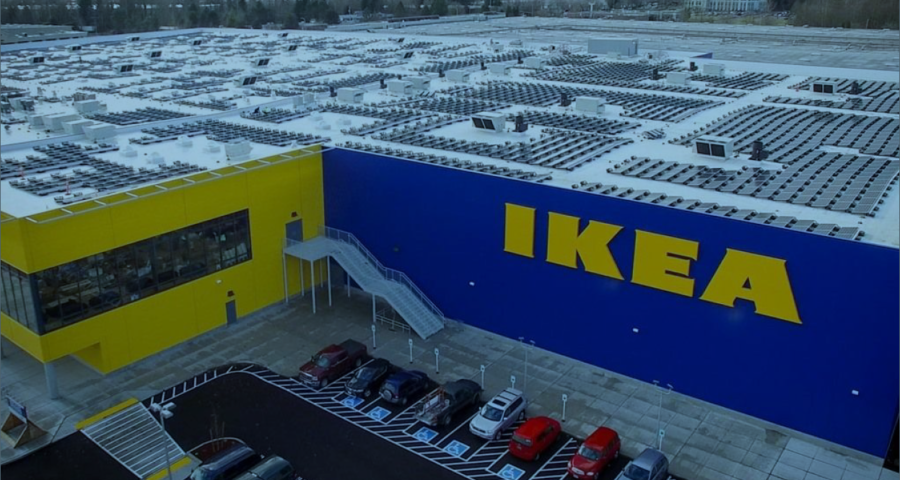 (By John Voket – Associate Editor) Are you are a casual customer who occasionally thumbs through an IKEA catalog to see what the Swedish furniture, small appliance and homewares company is up to lately?

Or maybe you are a hard core IKEA devotee who regularly makes the equivalent of religious pilgrimages to one or more of its retail locations – and furnished much of your entire home with its products.

Either way, you are helping play a role in promoting a global brand that has made environmental consciousness such a priority that in 2016, Sir Richard Branson’s Virgin Foundation ranked IKEA as the world’s top brand for supporting environmental initiatives and sustainability by investing in sustainability throughout its entire business operations – including things customers can readily see – and things they can’t.

Starting with its supply chain, IKEA has sourced close to half of its wood from sustainable foresters and 100 per cent of its cotton from farms that meet the “Better Cotton” standards, which mandate reduced water, energy and chemical fertilizer and pesticide usage.

At the time of the Virgin Foundation’s review, IKEA had nearly 100 wind turbines operating across seven countries, more than 700,000 solar panels powering stores, and was making plans to start selling them to customers in the UK.

That IKEA Group Sustainability Strategy for 2020 – dubbed “People & Planet Positive,” sites a recent World Wildlife Federation study that disturbingly notes when it comes to the environment, society is currently using resources at a rate that requires the equivalent of 1.5 planets!

As the company works toward its 2020 goals, it pledges to support change drivers that will make IKEA more sustainable, in part, by:

Even as far back as 2000, IKEA was already on its path to greater preservation adopting a stringent code of conduct for suppliers called IWAY, which continues to expand and be more widely integrated into every facet of its business practices possible.

Since its inception, the company has found that IWAY is influencing social and environmental improvements and contributing to positive impacts that go beyond basic compliance.