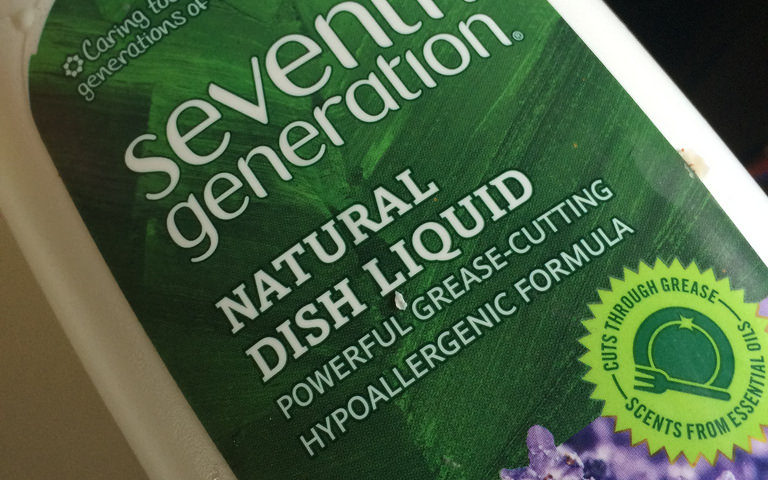 (By John Voket – Associate Editor) When a global chemical company like Seventh Generation (and countless loyal customers) starts lobbying the government to require all other companies to disclose the chemicals used in their products – they must really have confidence that their own are beyond reproach.

Such was the case in early 2017, when the company’s director of sustainability and authenticity began touting plans to lobby for chemical disclosure legislation in California, Vermont, and nationally before officials in Washington, DC.

Seventh Generation is a Unilever subsidiary that makes and markets laundry detergents, diapers, baby wipes and other household products marketed for consumers interested in sustainability.

For more than a decade, Seventh Generation has published its ingredients through information on labels – and online.

But 2017 was the year to take ingredient transparency to the next level.

The Burlington, Vermont company started in 1988 distributing a growing line of products to natural food stores, supermarkets, mass merchants, and online retailers across the United States and Canada.

By 2001 the company was well on its way to being a leader in public health and environmental stewardship with an online presence focusing on consumer education regarding cleaning chemicals.

A year later, Seventh Generation published its initial Product and Ingredient Guidelines, and posted the ingredients of its products on the web for all to see. In 2004 the company published its first Corporate Responsibility Report, and within three years, was printing all product ingredients on its labels.

The Seventh Generation Foundation was launched in 2012 to help fund non-profit organizations that promote and improve environmental conservation, the sustainable use of natural resources, along with human health and social welfare.

That same year, the company was elevated to the highest government recognition available being named at the Champion level of the EPA’s Safer Detergents Stewardship Initiative (SDSI).

In 2013, the American Sustainable Business Council and Seventh Generation co-founded the Companies for Safer Chemicals Coalition. The Coalition represents over 200 leading businesses united in the belief that meaningful chemical reform can unleash economic and job growth while protecting consumers and communities.

Through it all Seventh Generation continued its deep collaboration with partnering manufacturers, pledging to focus on reducing overall Green House Gas (GHG) Emissions, increasing their adoption of renewables, and supporting a healthy environment for their workforce.

One of the company’s most hard-fought victories came on October 15, 2017, when California Governor Jerry Brown signed SB 258 into law, making California the first state to require ingredient labeling both on product labels and on manufacturers’ websites by 2020.

The victory Seventh Generation celebrated with the signing of California’s SB 258 was attributed to the culmination of two years the company and thousands of its customers spent advocating for a law to require all manufacturers to #ComeClean about their formulas.