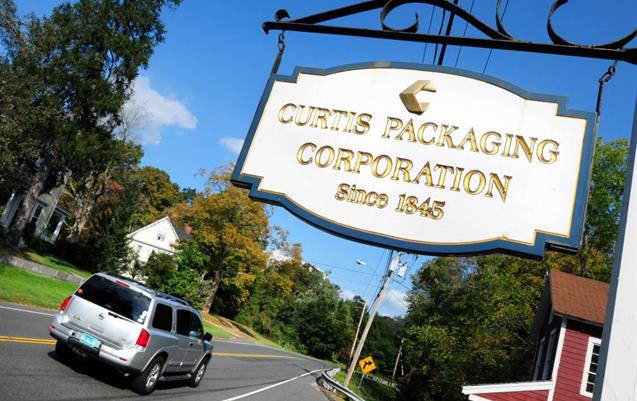 (By John Voket – Associate Editor) From consumers of fine chocolates to millions of golfers around the world, and from the tropical forests of Costa Rica to its home in Sandy Hook, Connecticut, Curtis Packaging is making a big impression as one of a handful of companies worldwide to position itself as carbon negative.

As a result, the company and its sustainable-minded leadership truly embodies the credo ‘Think globally – act locally’.

Curtis has been manufacturing eye-catching and inventive packaging at the same location in Sandy Hook since 1845, and as a result of just one of its many earth-friendly initiatives, Curtis’ own neighbors have been able to see and even smell the difference the company is making.

“This is the first year since 1845 that no carbon emissions have come out of [our] smokestack,” said Kerry Brown, Curtis’s vice president of operations in a 2017 interview.

There’s a lot going on inside Curtis’ red brick walls as well. Brown says Curtis was the first company in the packaging industry to be powered completely by renewable energy making their Connecticut facility 100% carbon neutral and 100% landfill-free by recycling 98 percent of its post production assets.

Then, in 2008, Curtis struck up a relationship with the Yale University School of Forestry and Yale School of Management. Each semester Brown lectures at Yale on how small businesses can better operate sustainably – in turn, Yale students come to work at Curtis’ plant to help improve sustainability efforts.

Curtis also became ISO 14001 and ISO 50001 (International Environmental Management Standard) compliant, and ISO 26000 (International Social Responsibility Standard) compliant. Through those efforts Curtis reduced energy consumption by 40 percent between 2012 and 2016, and went from recovering approximately $3,500 of recycled material each month, to $35,000 to $40,000.

When President and CEO Don Droppo, Jr. determined Curtis had to replace its 1963 steam heating system and its 20 year old printing press, the company was able to leverage its reputation as a global environmental steward to qualify for funding through the Commercial Property Assessed Clean Energy (CPACE) program.

That project at Curtis became the largest multiple energy project in the State of Connecticut at the time for the Connecticut Green Bank. It involved subsidizing the installation of a natural gas line and state of the art gas heating and cooling systems.

Instead of using compressors to cool the facility, during cooler seasons, this “smart system” draws hot air from inside the plant, and draws cool air in from the outside requiring significantly less energy.

Next was the installation of $5.6 million in printing equipment, which is now consuming 40 percent less energy than its predecessor.

Among other initiatives toward achieving and maintaining a carbon negative status is Curtis’ investment in various US-based carbon sequester projects – and the company’s acquisition of an entire forest in Costa Rica, which was formerly barren farmland.

So the company is literally producing clean natural oxygen where farming used to only produce carbon emissions into the air and chemical fertilizer runoff into the soil.