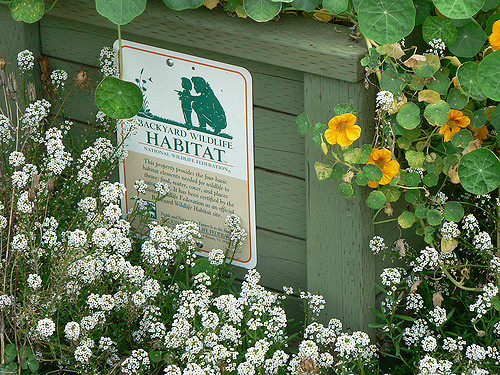 Between a long-tenured commitment to building environmentally-friendly vehicles, and a philanthropic culture that courses through the company’s thousands of employees, Subaru continues to occupy a short list of global companies truly committed to saving the planet.

In Lafayette, Indiana, for example – Subaru of Indiana Automotive, Inc. (SIA), a subsidiary of Fuji Heavy Industries, Ltd., builds their popular Legacy and Outback models. The SIA website puts its workforce at over 5,400 Associates, and says every Associate is committed to quality, safety and environmental stewardship.

Bearing that out, since receiving its ISO 14001 Certification in 1998 (and recert in 2005), the plant and its staff have achieved myriad environmental honors. In 2002, the facility was designated a Backyard Wildlife Habitat by the National Wildlife Federation; received the Governor’s Award for Environmental Excellence (Recycling/Reuse category) a year later; and in May 2004, the plant achieved zero landfill status.

An international Sustania Award finalist for recognizing sustainable solutions around the world in 2012, the plant went on to receive the Campbell Institute/Stewardship Action Council Innovation Challenge Award for zero waste achievement.

On the philanthropic front, Subaru has donated more than $50 million directly to causes, and helped employees log more than 28,000 volunteer hours in their own communities. Each Subaru employees can be as unique in their own philanthropic pursuits as they want with the company matching their qualified contributions on a 1:1 basis up to $2,000 every year.
While the Subaru Promise supports a five point campaign that promotes ​pet adoption​, education​, ​eliminating hunger​, and improving individual as well as ​community health​ – its environmental philanthropy is going far towards thinking globally by channeling funds into preserving U.S. National Parks – and acting locally by helping supply and organize everything from river cleanups to tree planting projects.

Thanks to funds contributed by Subaru through its “Share the Love Event,” over 90 U.S. National Parks are receiving help to preserve important historical sites, protect threatened species and habitat, and conduct outreach and education programs.

Late last summer at the Shawnee National Forest Garden of the Gods Recreation Area in Illinois, volunteers recognized that the iconic scenic area was experiencing increasing trash, trail erosion and damage to plants and trees. So Subaru/Leave No Trace Traveling Trainers responded providing on-site public education sessions on how to reduce impacts to the outdoors.

After a 2016 sponsorship of the National Wildlife Federation’s Butterfly Heroes program raised awareness that 1 out of 3 bites on our dinner plates is made possible by pollinators, Subaru and its retailers established hundreds of Monarch butterfly pollinator habitats across the country.

Other Subaru environmental partnerships involved: ● The International Mountain Bicycling Association (IMBA) and its ​Subaru/IMBA Trail Care Crew​ program; ● Helping ​Ocean Conservancy​ save wildlife, remove millions of pounds of trash from beaches and waterways, while supporting reforms protecting the oceans. ● The ​American Canoe Association​ (ACA), which has removed 624,000 pounds of trash from U.S. waterways with Subaru’s support; and ● Helping American Forests plant more than 45 million trees throughout the U.S. and 44 countries since 1990. Its “​Forests for Fifty​” campaign continues to complete reforestation and education projects in all 50 states.