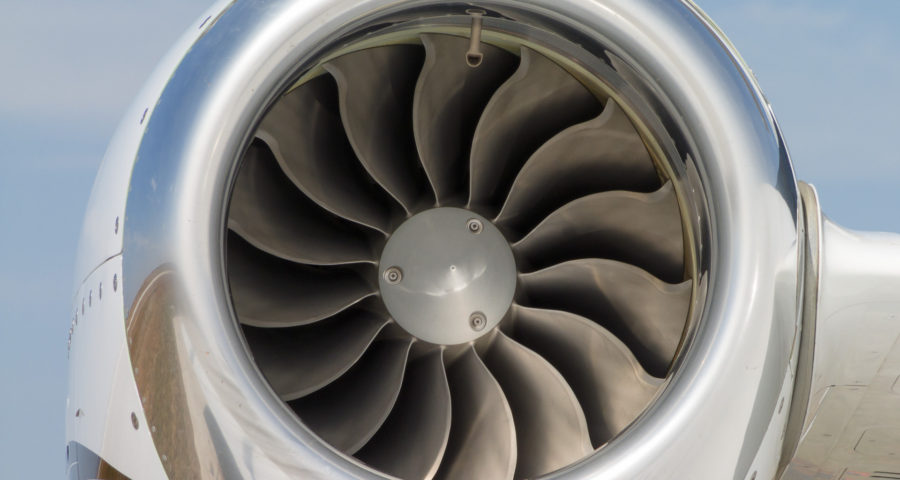 T​he business of crafting intricately machined metals smaller than a little baby’s fingernail – into what eventually becomes a massive jumbo jet is something Pratt and Whitney (P&W) has been doing for decades.

But today, the company is flying high when it comes to environmental stewardship – being named among 17 Top Companies That are Going Green in 2017 by conserve-energy-future.com​ for its tremendous downscaling of raw materials used manufacturing jet engine blades and other components.

In front of a global audience at the 2013 Paris Air Show, the company launched aggressive goals to improve factory, supply-line, and product sustainability by 2025 – increasing efficiencies, creating added value for customers and employees, and leading efforts to reduce aviation’s environmental impact.

P&W’s most recent accomplishment toward those goals involved eliminating 90% of titanium alloy ingots — chunks of durable alloy that are melted down and formed to manufacture aircraft
blades — resulting in an exponential contraction of factory emissions and near elimination of ingot waste.

Leading up to that “2025” announcement, P&W invested about $60 million supporting over 800 environmental projects globally. And its super-sized sustainability goals for 2025 – the company’s 100th anniversary – target further reducing waste, energy, water, and materials, while boosting employee safety & wellness, and holding suppliers accountable for THEIR environmental stewardship.

Between 2006 and 2013, P&W reported already reducing its total industrial process waste by 30%, or 14 million pounds. A garbage truck holds about 22,000 pounds – so picture a reduction of 650 filled garbage trucks.

The company is also pledging to further reduce greenhouse gases by 8%. But when it launched its “2025” program five years ago, P&W had already reduced greenhouse gases by 30% – that’s 232,000 metric tons of CO2, which is like taking over 45,000 cars off the road.

By 2013, P&W had also reduced chemical emissions by 60%, an equivalent to 100 hot air balloons filled with noxious gases – and water consumption by 39%.

That’s 368 million gallons – the equivalent of about 15 million ten-minute showers.

And today, P&W Canada partners on hundreds of ‘green’ collaborations with Universities across the country.

For updates on P&W, and other United Technologies Corp.’s sustainability achievements, visit www.utcaero.com​ or follow ​@UTC​ on Twitter.